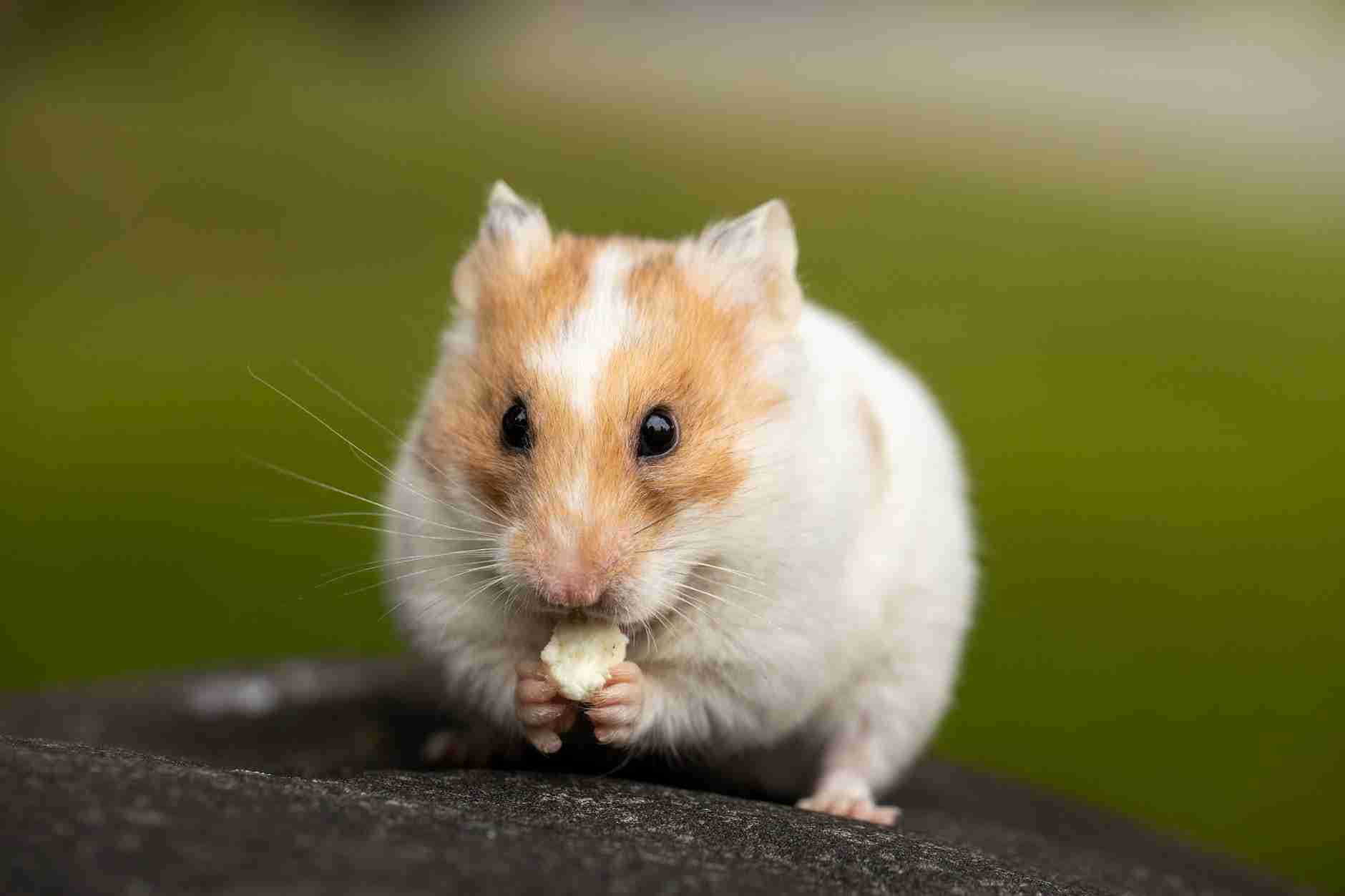 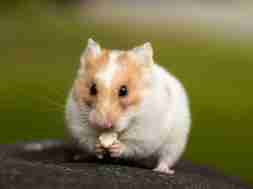 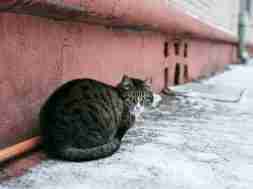 15 DIY Heated Cat House For Winter: Do It Yourself 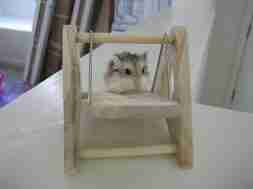 15 DIY Hamster Swing Projects To Make By Yourself - Satisfying! 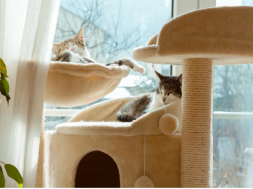 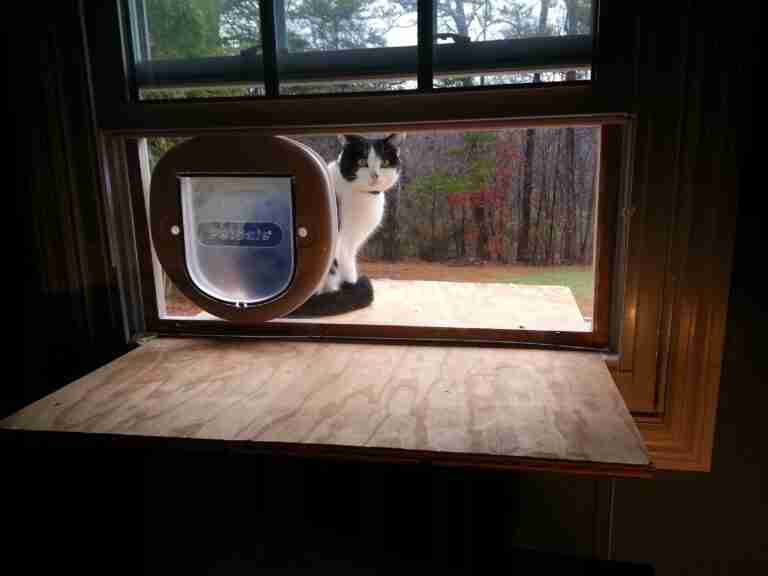 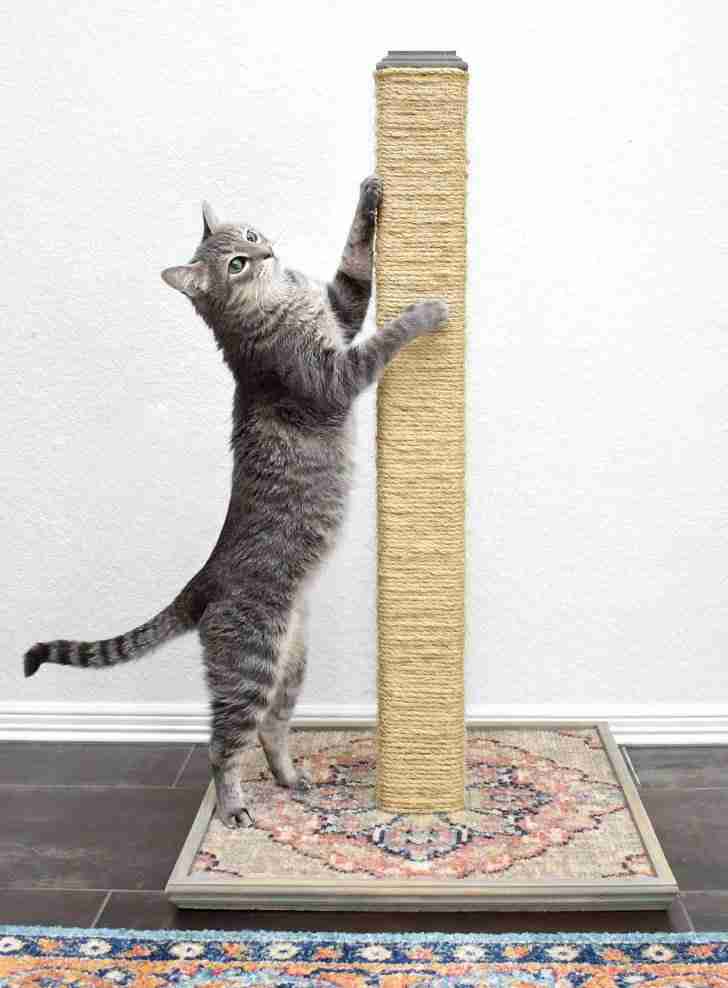 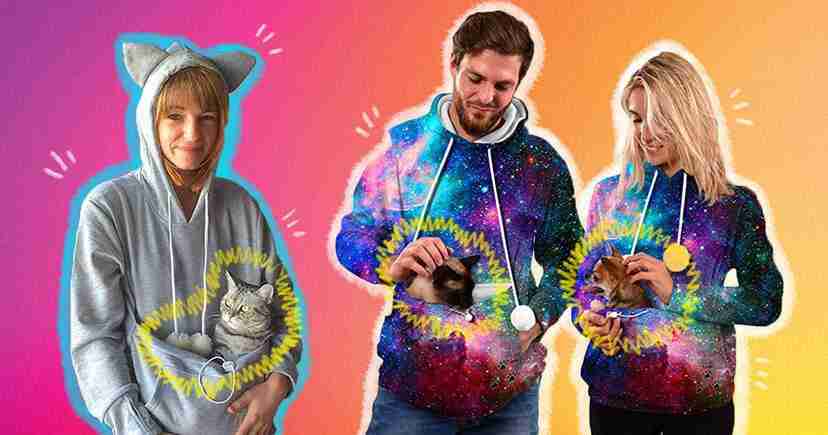 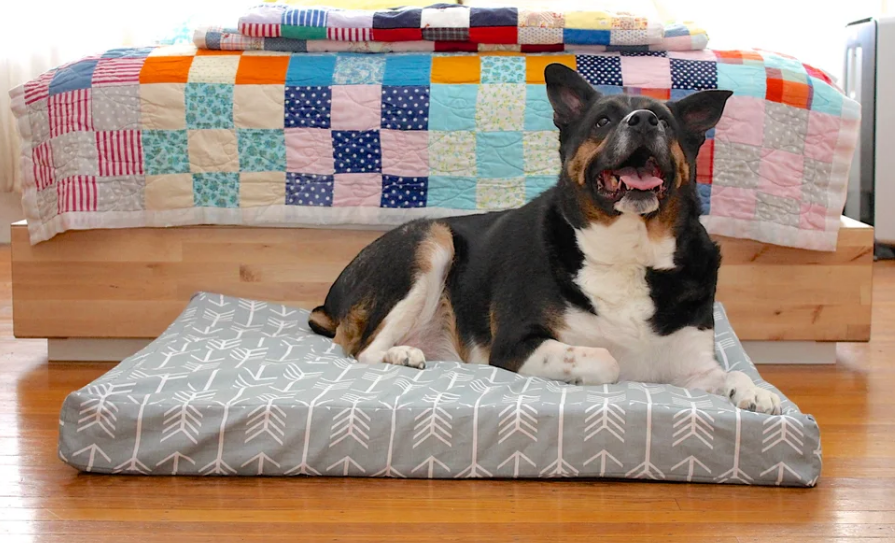 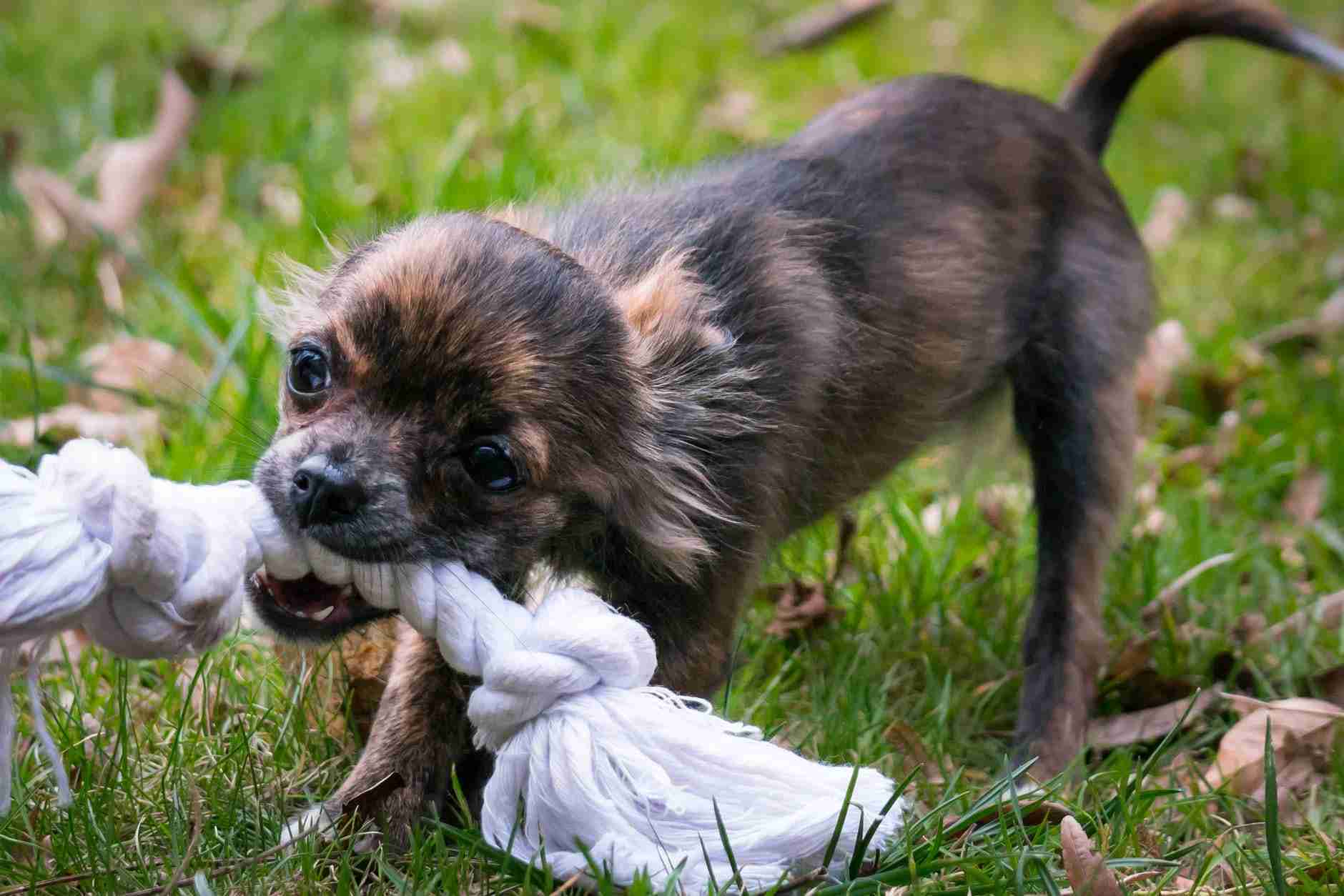 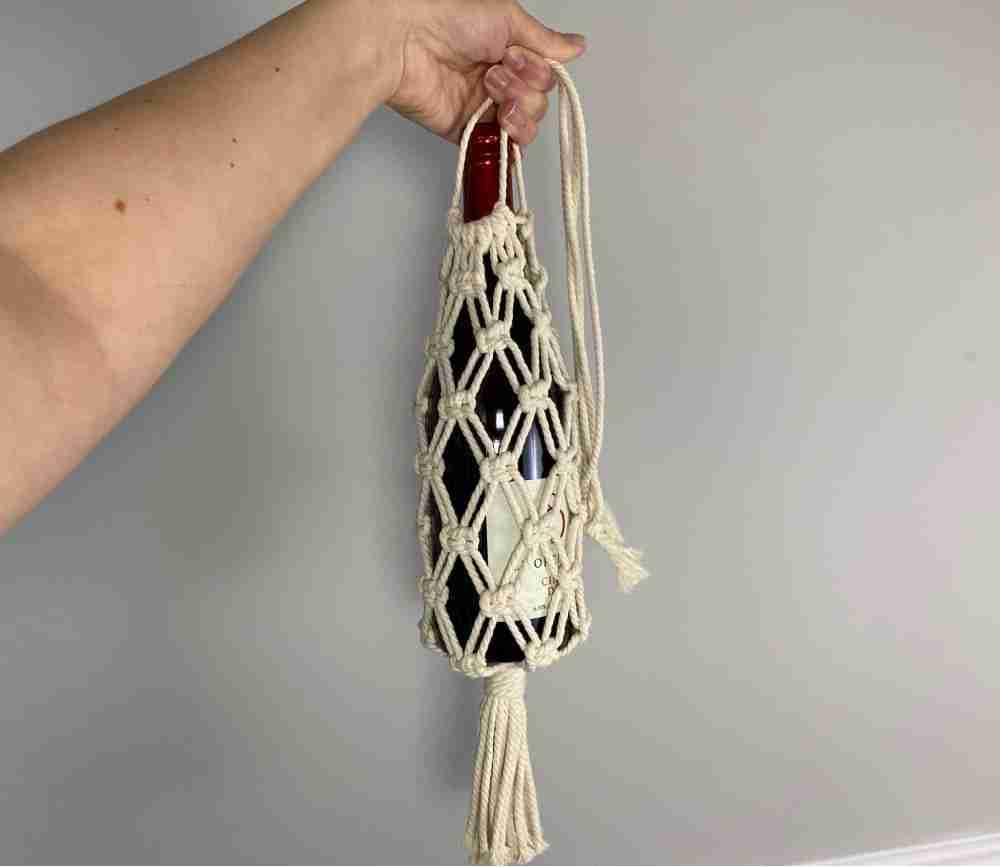 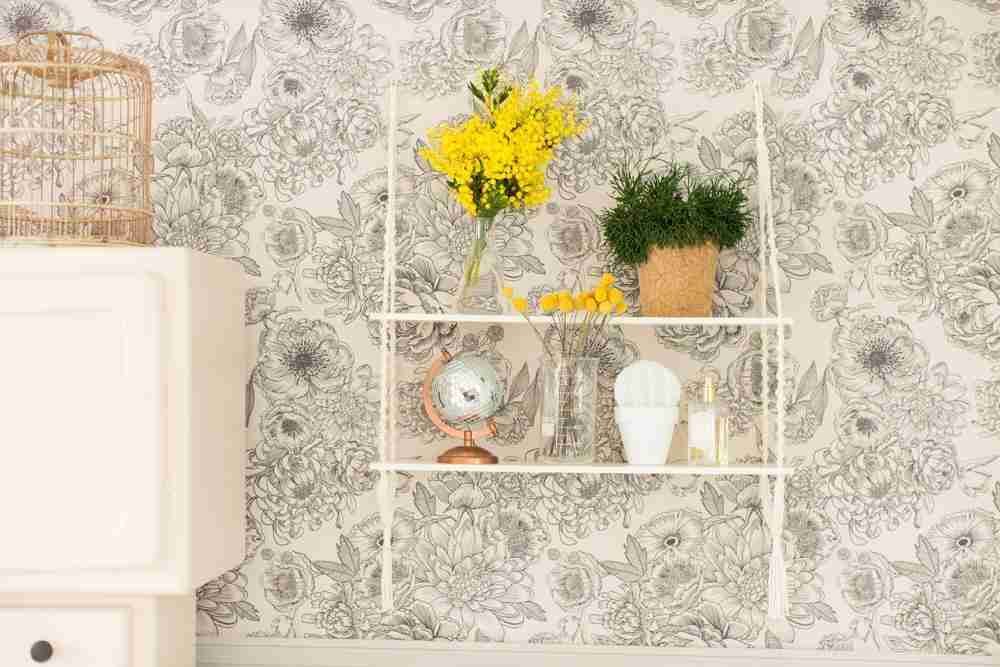 20 Macrame Wall Hanging Shelf DIY: Do It Yourself 2022

Your little furry friend got bored of the toys you bought for him, and maybe he’s even put a few holes in them. Well, make your own hamster chew toys. If you’ve always found your pet hamster’s chewing habits frustrating and at times even destructive, then read on. I’m going to introduce you to some great homemade chew toys that will keep your furry friend occupied for hours on end.

Hamsters are adorable little critters. A happy hamster is a great pet to have, but you need to take care of its chew habit. Even though they might make cute noises while doing it (as if they’re blabbering with each other), they could end up destroying your room’s furniture and your backyard’s plants. Check out these DIY Hamster Chew Toys.

When making a hamster chew toy, you need to take note of the following:  first, the wood you’re going to use should be natural (unpainted and untreated); you can use skewers sticks, twigs from fruit trees, and chew sticks purchased from stores. You should avoid picking random sticks from your backyard or environment or picking sticks that have oil.

There are three designs of chew toys explained in this video. The first one is made out of tissue roll tubes. Cut the tube into small circles and put them together to form a paper ball. Add treats inside the ball and you’re good to go. The second design is made out of tissue and tissue paper roll. Cut the tissue paper tube into small circles as you did for the design one, pick one of the circles and place it inside a tissue. Add treats to the circle and wrap the tissue around it.

With hay, treats, and an egg box you can make a simple hamster chew. Put some treats in the hole of the eggs. Cover the treats and fill the egg box with hay. Close your egg box and, if you like, you can pull out some hay. After that, give the toy to your hamster and let it enjoy it!

Preparing a flavored hamster chew is always interesting. Add your favorite hamster fruit to a pot and water. Boil the fruit until the extract comes out. Pour it into a bowl and use a spoon to smash it, this will make more extracts come out. Now, add wood chew into the fruit extract, mix them well and let them soak for 1 to 2 days. After two days, remove the wood chew from the extract and set them inside a clean and dry plate. Then let it dry for like 1 day or 6-5 hours. Once the wood has dried, your hamster chew is ready.

5. How To Make A Simple Hamster Chew Toy

This simple hamster chew is suitable for all kinds of small animals, it is cheap and super easy to make. All you need is a toilet paper tube, treats, and a pair of scissors.  Cut the paper tube to small circular pieces. Put the pieces inside one another as shown in this video to form a paper ball, then add treats inside. Throw the ball to your hamster and let it play with it until it smells the treats inside.

Here are some easiest hamster chew toys you can make out of toilet paper tubes, and rope. All the sheet toys are 100% edible and safe for your hamster. The first one involves cutting the edges of a paper tube and pulling them backward. The second and third method involves cutting the tube into small circular pieces and putting them together like a ball. The fourth one is the simplest among them all, it involves knitting a hem rope.

The paper strip chew toy is the most common type of hamster chew toy people adopted. It involves cutting some toilet paper tubes into small circular pieces and putting them together as balls. Inside the balls, there would be different kinds of treats inside. It is very simple and cheap, also your hamster is going to enjoy the cute little chew toy.

Caterpillar chew toys are quite adorable and easy to make. It can be made from anything as long as it is safe for your hamster and it’s edible. All you need for this amazing chew toy are wooden beads, sisal string, a kebab stick dowel, and a drill. You can use food coloring on the dots if you like. Drill holes through the center of all the beads. After that, pass the beads through the string and knot them at both ends. Drill two holes on the first bead and cut two small sticks from the kebab dowel to form the caterpillar ear.

You need to look for some hamster-safe greens such as grass or dandelion stalks to complete this hamster chew toy. Get a toilet paper tube and cut it into small circular pieces. Put the pieces together to form a small open ball as shown in this video. Then, add the grass or dandelion stalks inside the ball and you’re good to go. However, there are other different ways you can design this particular chew toy. Watch the video below to know more about it.

You’ll need the following materials for making this crispy hamster chew toy; hamster food or seed mix, a cup of oatmeal, hamster-safe flour, tap water, twigs, and hamster-safe wood. Rinse the twigs and set them apart. Now, mix the oatmeal, hamster dead, flour, and water together to get a fairly thick dough. After that, take a small portion of the dough and add it to the twigs at a time as shown in this video. Once you’re done adding the dough, take the twigs to the oven and bake for some minutes.

Some hamster chew toys can be toxic and have a harmful effect on the teeth of the hamster. But this particular chew toy is nontoxic, natural, and teeth cleaning. It is made from three major things; loofah, scissors, and storage containers. Though the storage containers are not very necessary.  All you have to do is to cut the loofah body sponge into pieces as shown in this video. You can lay the pieces over each other or separately. Also, you can pack the pieces inside a container.

The materials needed for this rolling tube hamster chew toy include bamboo chopsticks, popsicle sticks, flour, a tissue roll tube, a glue gun, and glue sticks. Cut the bamboo chopsticks into pieces as shown in this video. After that, attach the pieces together with a glue gun to form a round frame that can fit into the tissue roll tube. Then, set up the rolling system if the hamster chews.

This natural hamster chew is very easy to put together. It is made from 3-4 inches of sticks. The sticks can be from apple, pear, or cherry and will work well. Always avoid pine or yew and ensure the tree has not been treated with pesticides. Rinse the twigs and put them inside a pit of water.

Turn off the heat at boiling point and remove them after the water cools off a bit. Place them on a plate and allow them to dry for 30 minutes. After that,  freeze the twigs overnight. Ensure the twigs melt and dry before giving them to the hamster.

All you need to make this snowman hamster chew toy include paper, treats, a bowl, water, a flower, a spoon, newspaper, tape, plastic wrap, and a cutting tool. The first step is to make three paper balls of different sizes from the newspaper. Then, hold each ball together with tape and later attach all the balls together with tape in order of size.

There you have it! 15 amazing hamster chew toys that can sharpen and put your hamster teeth under control. The chew toy also allows your hamster to have a great time. Each of the chew toy designs above is edible and safe for the pet. Check them out one after the other and make one for your little hamster.

previous 15 DIY Hamster Swing Projects To Make By Yourself - Satisfying!

15 DIY Hamster Swing Projects To Make By Yourself – Satisfying!